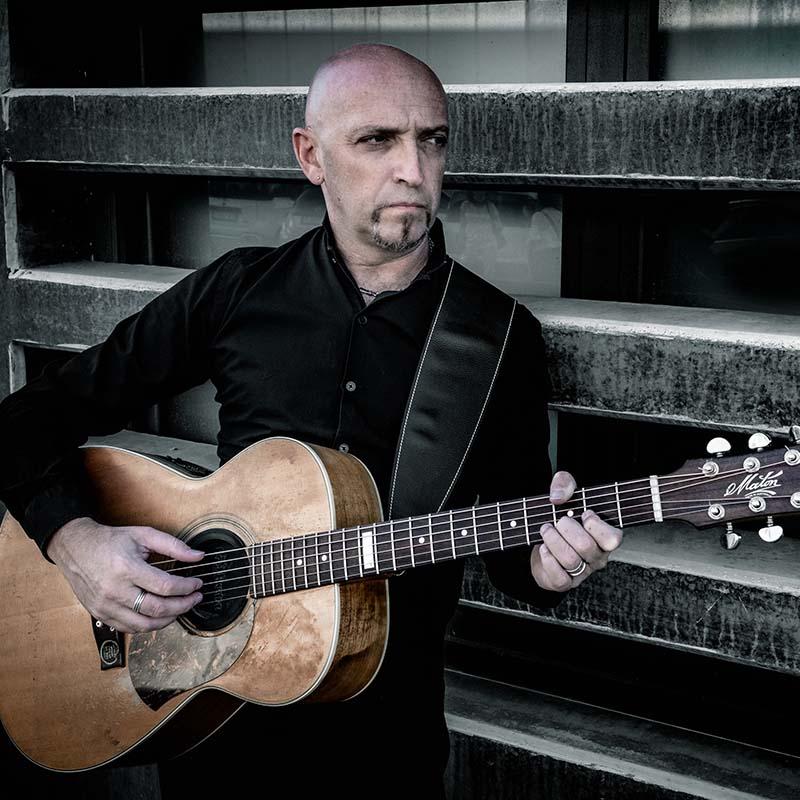 Locations where he teaches:

Eclectic guitarist, he played an intense activity as a classical musician, parallel to his collaborations in the modern field, considering the versatility derived from classical and jazz studies. There are many bands with which he collaborates in different stylistic fields, from funk to jazz to songwriting.
Since 2003 a project has been active with the singer Raffaella Buzzi, artist particularly specialized in the interpretation of the Portuguese Fado, in which are proposed songs that belong to the fadista tradition especially taken from the repertoire of Dulce Pontes and rearranged in unplugged key. It’s possible to taste the extraordinary Portuguese melodies in a show to see as well as feel. The two have played many concerts in theaters and clubs throughout Italy and are now working to export their product abroad.
He currently holds seminars and concerts in various Italian locations such as Florence, at the Accademia Lizard, and Padua as part of the project Con.di.Da.Mus, where he is often invited to play master on his particular guitar technique. He also collaborated fruitfully with vocal singer Albert Hera, playing the role of guitar supporter at his singing seminars.
He has just released his first solo acoustic guitar album, in which he proposes eight compositions of strong funky character and a good mix of musical contaminations closer to his sensibility as an artist; For this reason he is often invited to perform live shows of international importance such as Tommy Emmanuel, Klive Carrol, John Renbourn and other prestigious fingerstyle guitarists.
In May 2006 he won the acoustic guitar competition that takes place every year in Sarzana, an important meeting where guitarists from all over Europe meet for a week of acoustic guitar music.
Recently it has become endorsment of Cole Clark, acoustic guitar of Australian production, which to date is used by guitarists such as Ben Harper, Jack Johnson, Lloyd Spiegel and others world-class.
Since 2007 he has been working on an important project in the field of jazz with the singer Matteo Brancaleoni, with whom he proposes a repertoire dedicated largely to the standards interpreted by the great Frank Sinatra.
With Matteo he currently plays concerts throughout Italy, often invited to the Blue Note in Milan, and in important jazz festivals in Italy, such as Elba jazz and the jazz festival in Viterbo.
The research continues also in the field of instrumental experimentation has led him to use a baritone guitar that has become an element of particular interest within a newly formed trio, the Triobab.
The trio’s repertoire is based on important compositions dedicated to the accordion, with Davide Borra protagonist of the harmonic melodic lines and the whimsical Carlo Bellotti (percussionist of the Sanremo Festival orchestra) on drums.
In addition to the intense concert activity he carries out a rather important educational activity within the Fondazione Fossano Musica